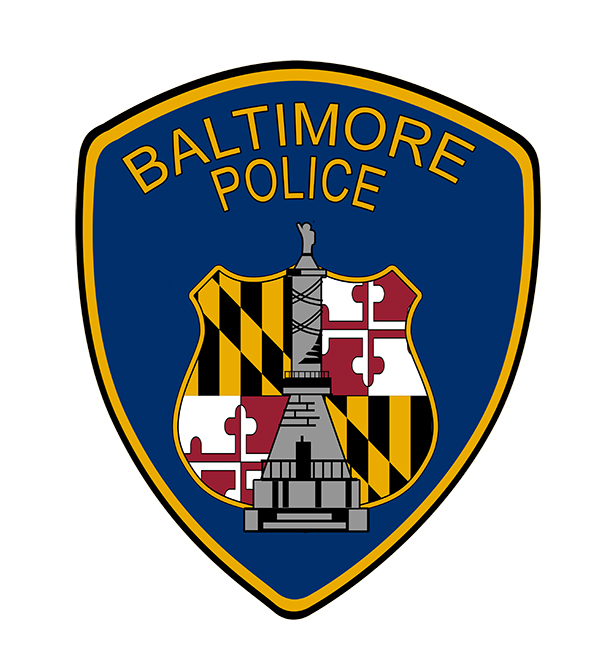 Baltimore Police History 21 Aug 1902, the entire department was forced to re-take their oath of office, as prior to this day, they had improperly and illegally been sworn, and had been improperly sworn for 35 years, based on the following:

Entire Police Force, Including Matrons, Must Be Re-Sworn

Mr. Alonso Miles, Counsel For The Board, Makes The Discovery And Change Is Ordered.

Is possible that for 30 years, or ever since the recognition of the Police Department in 1867, the members of the department have been sworn in illegally?

Is it possible that each and every member of the department, from the Veteran Marshall to the most Verdant Probationary Patrolman, carrying his Espantoon like a stick of dynamite, must file up to the courthouse, pay $.10 and be properly sworn in by the clerk of the Superior Court?

These questions are not vaguely speculative but have assumed distinct form, and already preparations have been made for the swearing-in once more of the entire department. The walls of the police board sanctum will echo more oaths within the next few days then Dorn any other. Since the board was created.

News of this remarkable prospect only leaked out yesterday (Wednesday, 20 Aug 1902), and behind it is an interesting story. Hitherto it has always been the custom for the secretary of the board of police commissioners to swear in the newly appointed or promoted policeman. The system has been in vogue since the recognition of the department and its legal status has never heretofore been questioned. It is probably a relic of the old regime when the department was a municipal organization. The discovery that the old way of administering the oath is illegal was due to the desire of the present board to conform with the letter of the law in all matters.

When Marshal Farnan was appointed to his present rank on August 8 it happened that Mr. Joshua H Kinsley, the secretary of the board, was spending his vacation at the seashore. After the appointment had been made the question arose who should administer the oath of his new office to Marshall Farnan. Present ups are for the time being by concluding that as the secretary had administered the oath in the past, the president of the board had an equal right to do so, especially as the president is empowered to administer the oath to witnesses at trials. He accordingly swore in Marshal Farnan.

Afterward, in thinking over the matter, it occurred to Mr. Upshur that, while he had as much right to swear in an officer as a secretary, the authority of the latter official to do so was not entirely clear.

Mr. of sire being a lawyer, the subject naturally interested him and he made a diligent search of the state and police loss but failed to find any statue which would enlighten him. Realizing then that the matter was an important one and required immediate attention, he determined to call the attention to Mr. Alonso W. Miles, the Council to the board, to the subject. This was accordingly done.

Mr. Miles devoted much time to the subject and after a painstaking investigation came to the conclusion that since its organization in 1867 no member of the Police Department has been sworn in legally. This option he based upon a section of the Maryland Constitution and a statue of the public general laws of Marilyn. Section 6 of article 1 of the Constitution is as follows:

every person elected or appointed to any office of profit or trust, under this Constitution, or under the laws made pursuant thereto, shall, before he enters upon the duties of such office, take “and subscribe to the following oath or affirmation:

“I, _______, do swear (or affirm, as the case may be) that I will support the Constitution of United States; and that I will be faithful and bear true allegiance to the state of Maryland, and support the Constitution and laws thereof; and that I will, to the best of my skill and judgment, diligently and faithfully, without partiality or prejudice, execute the office of ________ according to the Constitution and laws of the state, and (if the governor, senator, member of the house of delegates or judge) that I will not directly, or indirectly receive the profits of, or any part of the profits, or any other office during the term of my acting as _______.”

Article 7 of the public general laws deal with official oaths, by whom, when and where they must be taken. After describing the oath for the governor, secretary of state, judges, comptroller incorporation officers, the article section 6 says:

all other officers elected or appointed to any office of trust or profit under the Constitution or laws of the state, including the mayor or other chief magistrates of municipal corporations, shall take and subscribe the said oaths, in the city of Baltimore before the clerk of the Superior Court, and in several counties before the clerk of the circuit court or before one of the sworn deputies of such clerk’s.

The said clerk shall each procure and keep in his office a well-bound book, to be called a test book, in which shall be printed or conspicuously written the oaths aforesaid, and every person taking or subscribing the same shell Annex to his signature the title of the office to which he shall have been elected or appointed, and the date of his signature.

Section 2 of the same article 6 is the fee of the clerk for ministering the oaths at $.10 each.

At yesterday’s meeting of the board, Mr. Miles submitted to the board the result of his investigation. Immediate action was then taken. Deputy clerk Peter Stevens, of the Superior Court, was summoned to the boardroom and consulted about the best possible means of administering that oath to the 1009 members of the Police Department. He was also ordered to procure a book to be used as a “test book” in which will be preserved to signatures of each officer. This announcement will probably cause an immense expenditure of ink on the part of those who signatures resembled Chinese laundry tickets and who will naturally desire to improve their penmanship.

The work of Reese wearing in the membership of the department will begin at once and will be carried on as rapidly as is consistent with the workings of the department. Exactly how it will be done has as yet not been definitely settled. There are 1000 members of the Police Department, including matrons and employees, and it $.10 each these Wilmette the clerk of the Superior Court about $100.

A Great Surprise to the Board

President Upshur was seen last night at the Maryland club. In answer to questions about the change in the manner of swearing in the members of the department he said:

“Yes, it has been found necessary to re-administer the oath of office to every member of the department. Mr. Miles announced to the board today that this was necessary, and the work of Reese wearing in the officers will begin at once. Mr. Stevens has been ordered to procure a test book, and the swearing-in of the men will probably take place in the boardroom.

“The discovery that the oaths as administered to the officers by the secretary of the board is illegal was a great surprise to the board. Ever since the recognition of the department in 1867, it has been the custom of the secretary to swear in the officers, and his right to do so has never, I believe, been questioned. As soon as Mr. Miles gave his opinion on the subject the board ordered that all of the men must take another oath, as prescribed by the law.”

Mr. Alonso W Miles counsel to the board, at first declined to discuss the matters, but when pressed to talk, said:

“There is no doubt that the manner in which the oath of office has been administered in the past is illegal. The law is very plain and definite as to the manner in which the oath must be administered, and the wonder is that the fact should not have been discovered years ago. The question involved, however, is one of a minor detail and does not affect anything that the department has done or any arrest that has been made. The law says that a fee of $0.10 is required for each oath and the men themselves will probably have to pay this fee.”

Mr. Peter Stevens, deputy Kirk of Superior Court, was seen but declined to say anything about the matter. He admitted, however, that he had been called to the board on business.

More in this category: « The History of The Sun
back to top