The vehicle left the roadway, struck an embankment and then struck two mailboxes, according to a Baltimore County police news release. The driver was ejected. He was pronounced dead at the scene by paramedics. The cause remains under investigation, and crash investigators have not yet determined if speed or alcohol were contributing factors, police said.

"This is tremendous loss to our police family.  Detective Volk was a well-liked, hard-working officer with a bright future both professionally and personally," said Baltimore  Police Commissioner Anthony Batts in a statement.  "This is particularly difficult because of the deep ties the Volk family has with the Baltimore Police - his father is a retired sergeant and his mother works with us in communications. Our heartfelt condolences are extended to the Volk's as we come together to support our extended family during this time of grief."

Volk, who was stationed in the Southern District, joined the department in September 2008. He served eight years as a Marine prior to joining the department  and served as a patrol member in the Eastern District and VCIS before becoming a detective last November.

"This is a heartbreaking tragedy for Detective Volk's family, for the members of the Baltimore Police Department, and for our city. Detective Volk was a dedicated officer who worked hard to protect and serve Baltimore's residents in the Southern District," said Baltimore Mayor Stephanie Rawlings-Blake in a statement. "My thoughts and prayers are with Detective Volk's family, friends, and coworkers, who are suffering a terrible loss. I ask that we join together to support his family during this difficult time."

Volk is survived by his wife and one child. Police also confirmed that Volk's wife was also pregnant with the couple's second child.

Copyright 2013 Scripps Media, Inc. All rights reserved. This material may not be published, broadcast, rewritten, or redistributed.

Shane Volk, 32, was thrown from Jeep in Glen Arm accident

An off-duty Baltimore police detective from Bel Air was killed in a single-vehicle crash in Glen Arm early Wednesday, according to Baltimore County police.

Shane Volk, 32, who served in the U.S. Marines for eight years before joining the city police force in 2008, was northbound in a 2007 Jeep Wrangler on Glen Arm Road just north of Long Green Pike about 1:50 a.m. when his vehicle "left the roadway, struck an embankment, and then struck two mailboxes," county police said. 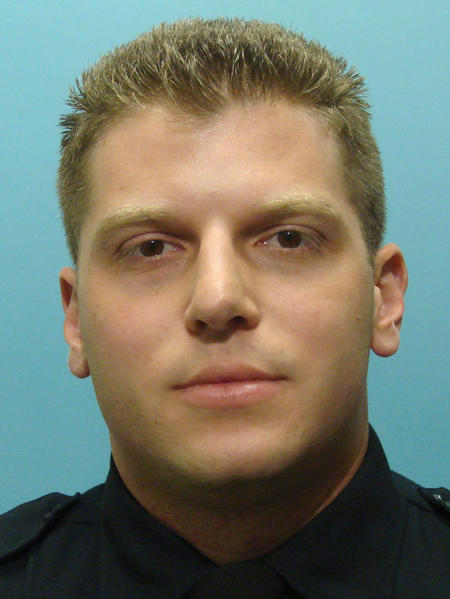 Volk was ejected from the vehicle and was pronounced dead at the scene, county police said.

In a statement, Baltimore Police Commissioner Anthony W. Batts said Volk, who served in the city's southern district, will be missed in the department, where his family has deep ties.

Volk's father is a retired sergeant, and his mother works in the department's communications office. Volk had served as a patrol officer in the eastern district and on the department's violent crime unit before becoming a detective in November. His goal, according to the Fraternal Order of Police, was to become a homicide detective.

"This is tremendous loss to our police family. Detective Volk was a well-liked, hardworking officer with a bright future both professionally and personally," Batts said. The department will "come together to support our extended family during this time of grief."

Mayor Stephanie Rawlings-Blake offered condolences in a statement, calling Volk a "dedicated officer who worked hard to protect and serve Baltimore's residents" and his death a "heartbreaking tragedy."

Baltimore police said Volk is also survived by his wife and one child.

Baltimore County police said the cause of the crash is under investigation.