Detective Leo Smith joined the Baltimore Police Department in Dec 1960. During his time in the department Officer Smith was first assigned to the Western District where he worked Tact. Section before going to K9 in 1962; (K9 was formed in 1956 by Commissioner James Hepbron, and became official in 1958, 4 years later while it was still being molded into the unit it is today).  While in the K9 unit Det Smith handled two dogs, 1st Rusty, a great dog, then Prince, a bit of a biter. Prince once bit either a doctor, or male nurse at the ER - and was rumored to have bitten an Officer at a Lumber Yard in the Central District. After several years in K9 Det Smith got the job he had been wanting since he joined the department when he was promoted to the rank of Detective, and transferred into the Fugitive Unit where he became known as one of the best Fugitive Detectives in BPD history.. 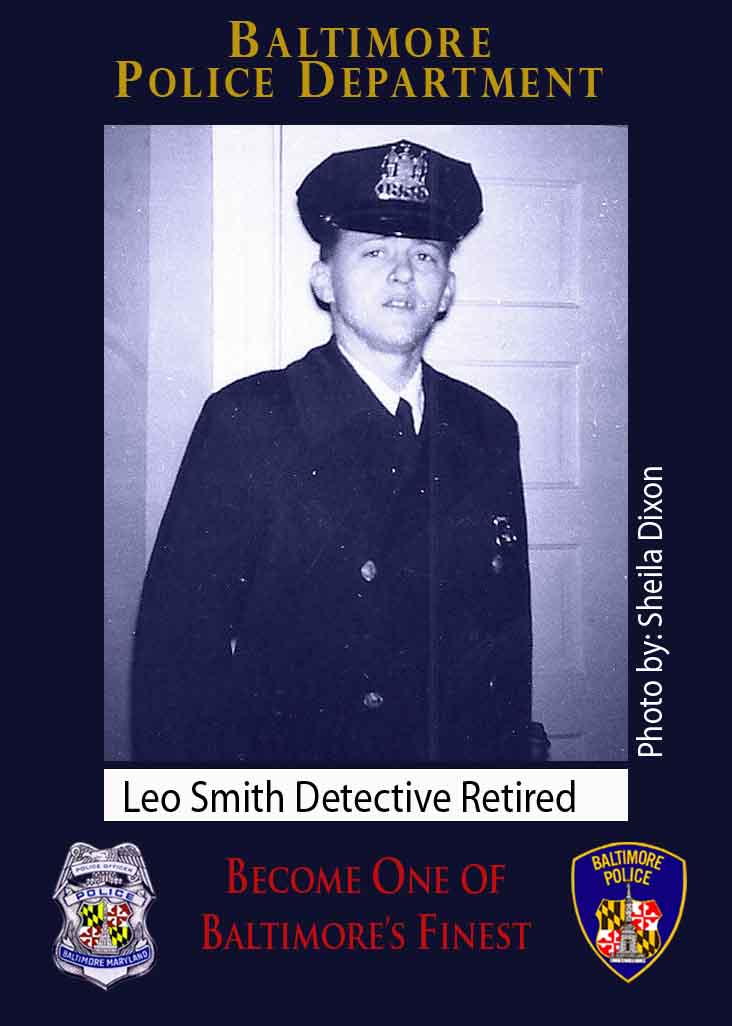 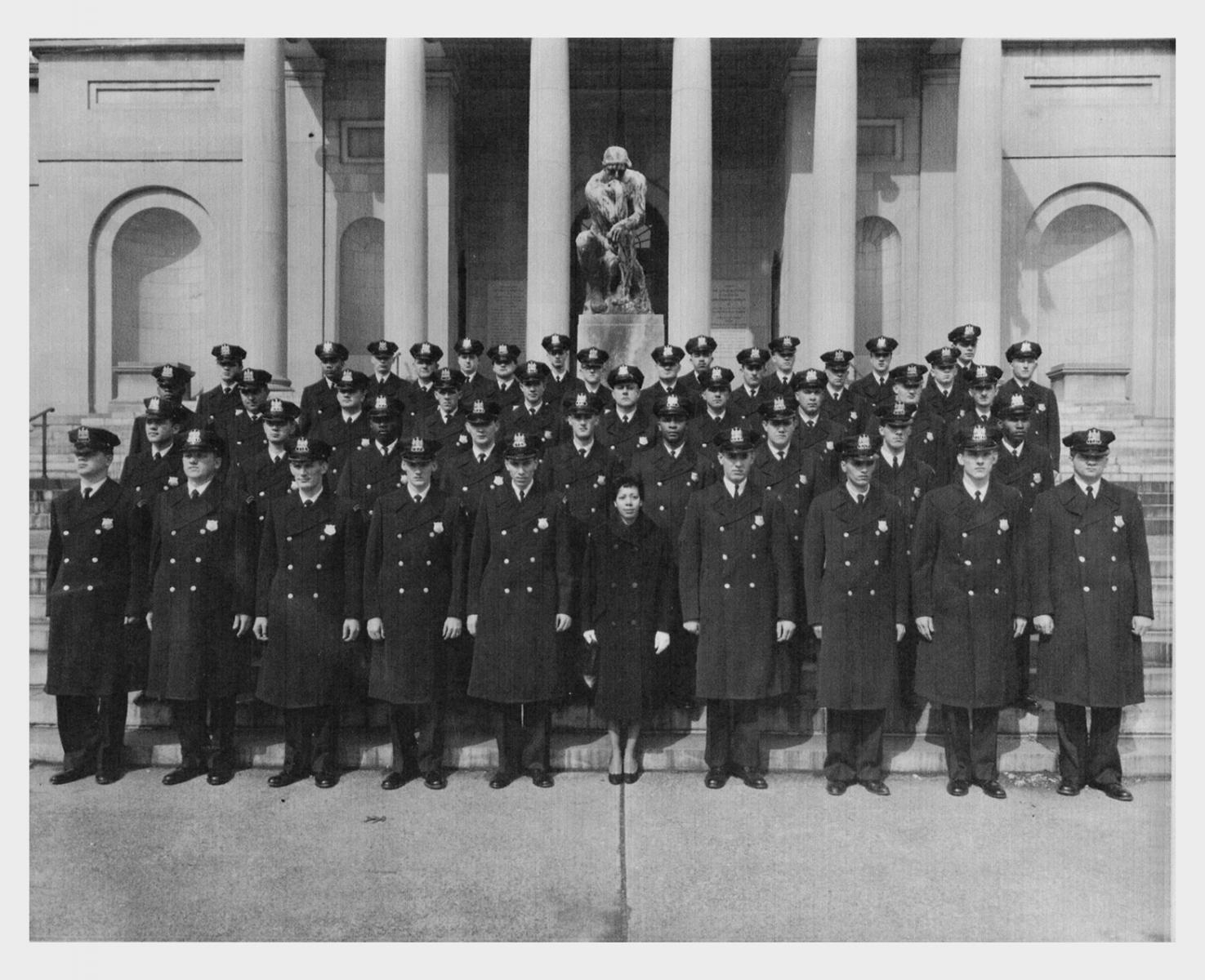 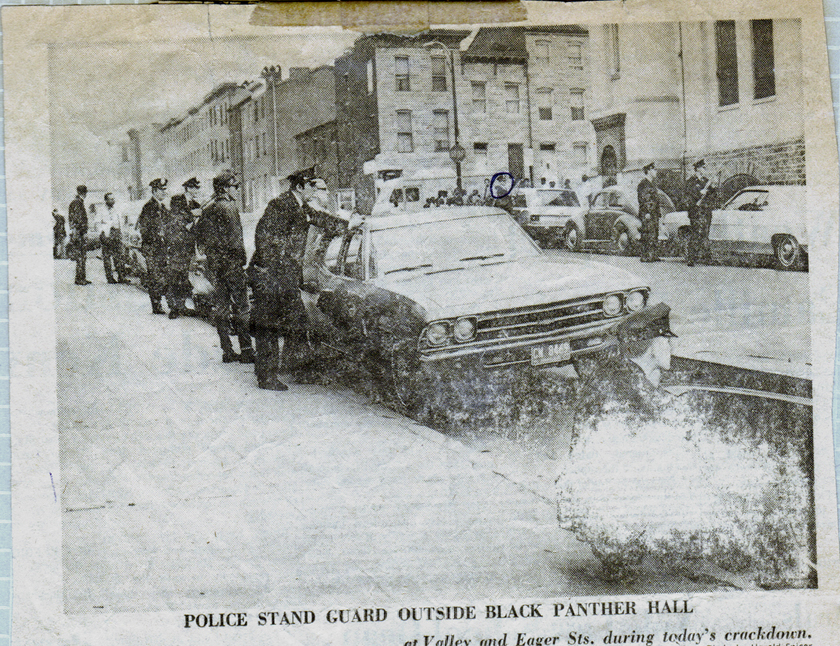 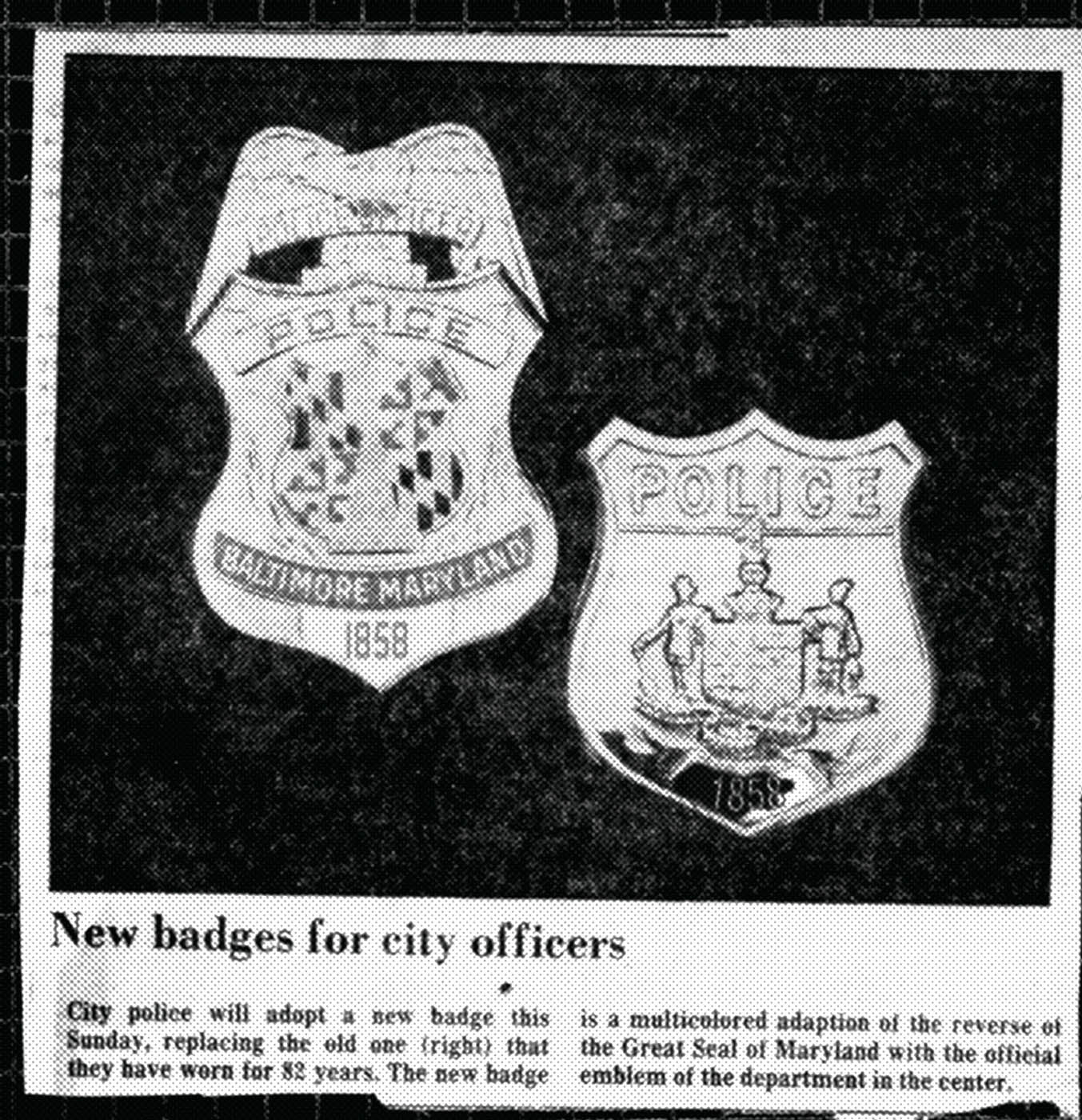 Detective Leo Smith joined the Baltimore Police Department in Dec 1960. During his time in the Baltimore Police Department Officer Smith was first assigned to the Western District where he worked Tact. Section before going to K9 in 1962; (K9 was formed in 1956 by Commissioner James Hepbron, and became official in 1958, 4 years later while it was still being molded into the unit it is today).  While in the K9 unit Det Smith handled two dogs, 1st Rusty, a great dog, then Prince, a bit of a biter. Prince once bit either a doctor, or male nurse at the ER - and was rumored to have bitten an Officer at a Lumber Yard in the Central District. Before long Prince couldn't be counted on for the tasks of a Baltimore K9 dog, so he like so many others was flunked out of the Baltimore K9 program, and drafted into the Military where he would eventually serve in Vietnam.  He was said to have been an outstanding Military K9, a war hero that risks his life to save the life of an American Soldier. Det Smith was an above average police officer, an exceptional K9 handler, and an outstand Detective, assigned to fugative section in it's infancy, he had an eye for detail, and a way with those he had arrested that made them feel as though they owed him something, so when they got out, they would often contact him to give him information of others he was looking for. He told me when I joined that it is important to build a rapport, never breaking a promise, or making a promise you can't keep. If a person feel they can trust you, they will continue to bring you information even after their debt to you has been paid, to them it is not just putting a favor in the bank, but they really want a police as a friend, it makes them feel important, at the same time, you can't trust them. They are what they are, and really your friend. Det Leo Smith was a great story teller, with enough experience to tell some great first hand police, "WAR STORIES", I know first hand, he is my uncle; and to me he was both an amazing Police Officer/Detective and an Outstanding Uncle. During a camping trip 1974 when I was just ten years old, we were on a family camping trip, he was telling some of his war stories while we sat at a picnic table in our camp site D40 Shad Landing State Park in Snow Hill MAryland; (My Uncles Camp Site was D39, right next store to ours). While we talked two trucks with camp rangers went to my uncles site, my aunt directed them over to our site. It was Thursday, August 1st, 1974; when the rangers saw me sitting there, they decided to call him away from me to talk, calling him to the end of the driveway they gave him some bad news, I could tell it was bad because it seemed that this group of as many as five or six adults were choked up, as if they wanted to cry, they were all emotional, but didn't shed a tear. After talking to the Rangers, my uncle quickly broke camp, and he and his family left for their trip back home. In a few days Det Leo Smith would be Paul Bearer for his Sergeant; Baltimore Police, Detective Sergeant, Frank W. Grunder, Jr... Sergeant Grunder was killed in the line of duty on that 1st day of August, 1974 based on the following: Det. Sgt. Grunder, was the head of the Department’s new escape and apprehension unit, had spent several weeks attempting to track down the elusive members of a slippery hold up team. On 1 August, 1974, after a day of patrolling locations in the city in an attempt to find these dangerous hold-up men; Sgt. Grunder had not yielded any positive results, the Sergeant went home empty handed. While off duty, Sergeant Grunder was driving on Harford Road in Hamilton with his wife, and their three children. As he approached Echodale Avenue, he saw a man sitting crouched down on the steps leading from the street to the play ground lot of St. Dominic’s Roman Catholic Church. Weeks of waiting and watching had finally paid off; this was one of the suspects. He parked his car a safe distance from the church, called for a uniformed officer as a back-up, and waited. Officer Joe L. Shaw of the Northeastern District wasn’t the assigned back-up unit, but readily stopped when Sergeant Grunder waved him down. The 12-year veteran explained the situation to the newly graduated rookie uniformed officer; as they approached the suspect who was still sitting on the steps. Sergeant Grunder, was a few feet ahead of Officer Shaw as he ordered the suspect to stand, and place his hands on the wall. At this point the suspect lurched to his feet, and began running up the steps. Sergeant Grunder gave chase and reached the top step, the suspect went from a full speed sprint to a dead stop as drew a gun from his waist, wheeled it in the Sergeant’s direction where he began firing on the Sergeant at point blank range. The Sergeant was able to fire three shots in return as he fell to the sidewalk; mortally wounded. Sergeant Grunder fell to the ground, Officer Shaw took over the gunfight, exchanging rounds with the suspect. The suspect dropped, Detective Sergeant was transported to Union Memorial Hospital where he was pronounced dead upon arrival. The assailant, a resident of the area, was also pronounced dead. Investigation into the suspect’s past revealed a string of felony arrests dating back to 1960.

Funeral services were held for the 34 year old Detective Sergeant Frank Grunder on August 5th at St. Dominic’s Catholic Church. I was so impressed by my Uncle’s life that I wanted to follow in his footsteps, I wasn't sure I was cut out for this kind of work, but was so impressed I had to try. On 17 June 1987 I joined the Baltimore Police Department, I was 23, with a wife, a son, and another son on the way, I helped a Baltimore County Officer who was nearly victim of an attack during a neighborhood dispute; after helping her, I identified two suspects that had done a, Hit and Run on my car as I was driving my wife and oldest son to get something to eat. The officers asked what I did for a living, but before I could answer, they added, “If it’s not law enforcement; you are in the wrong line of work!” So I had a long talk with my wife, reminding her of my Uncle Leo, and all he had done with the BPD… within a year I had been hired by both Baltimore County, and Baltimore City. I stayed with the city for 16 years before breaking my back in the Line of Duty… The following pictures will show you why I loved this uncle so much; and why I followed in his footsteps. While showing you these pics, I hope you will see the dedication of most of our Baltimore Police, but moreover the dedication of Retired Detective Leo Smith. 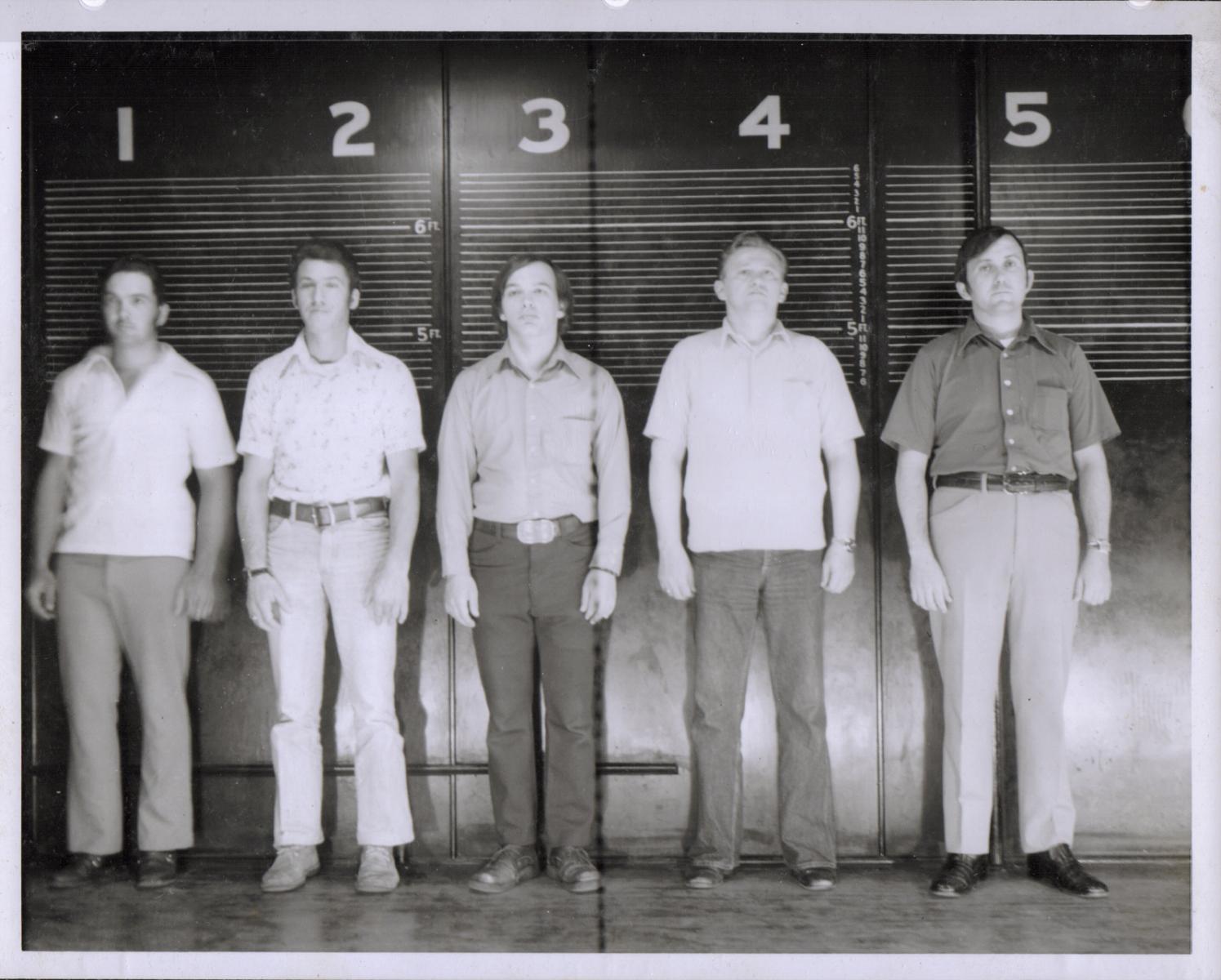 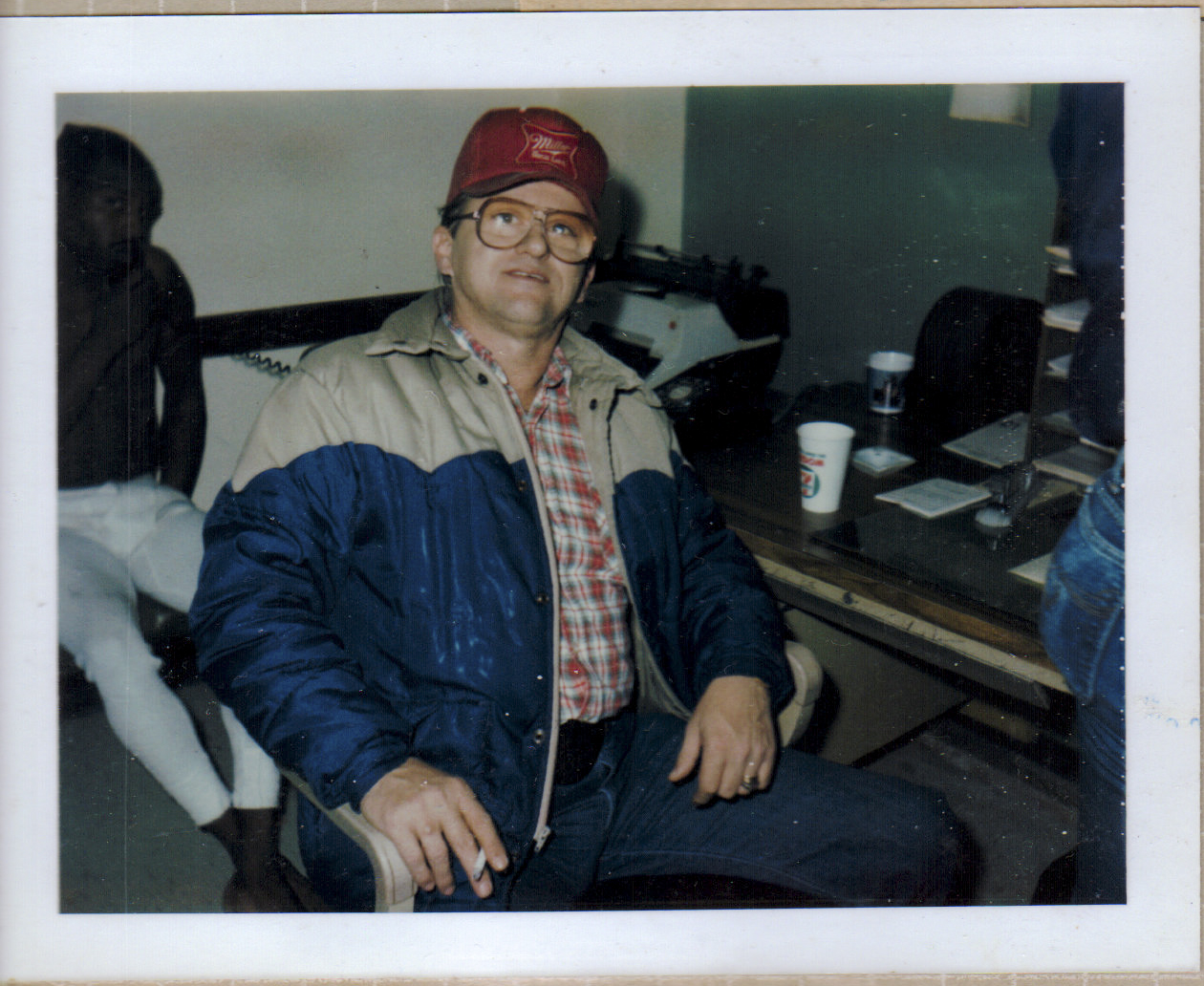 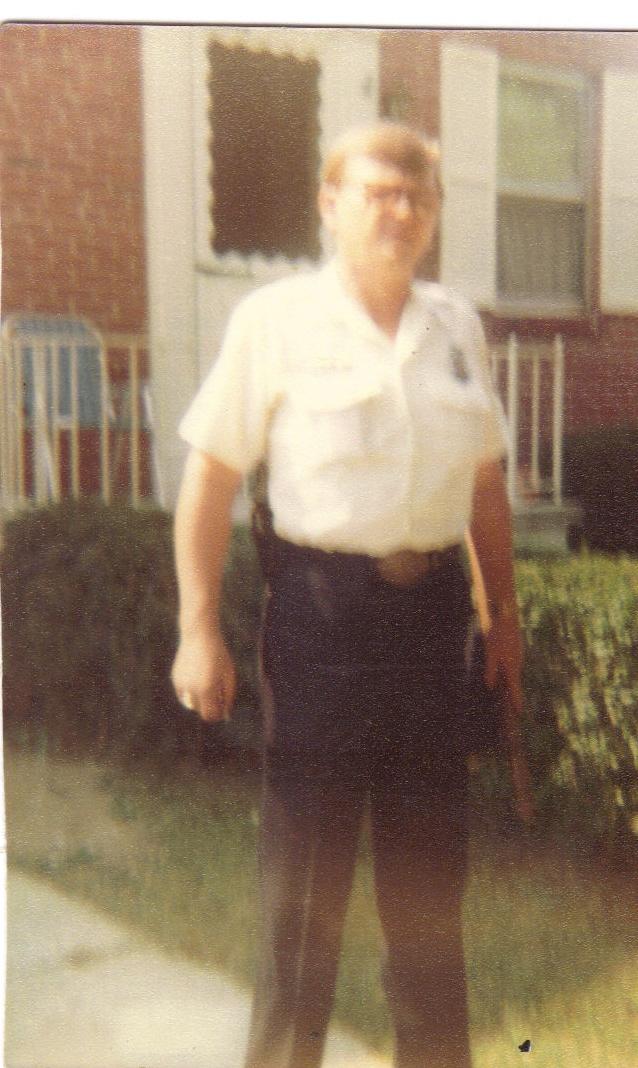 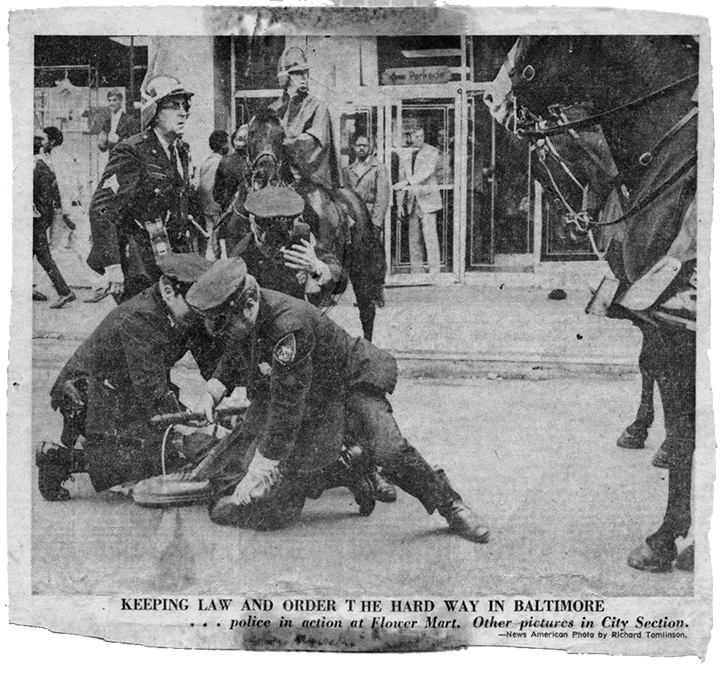 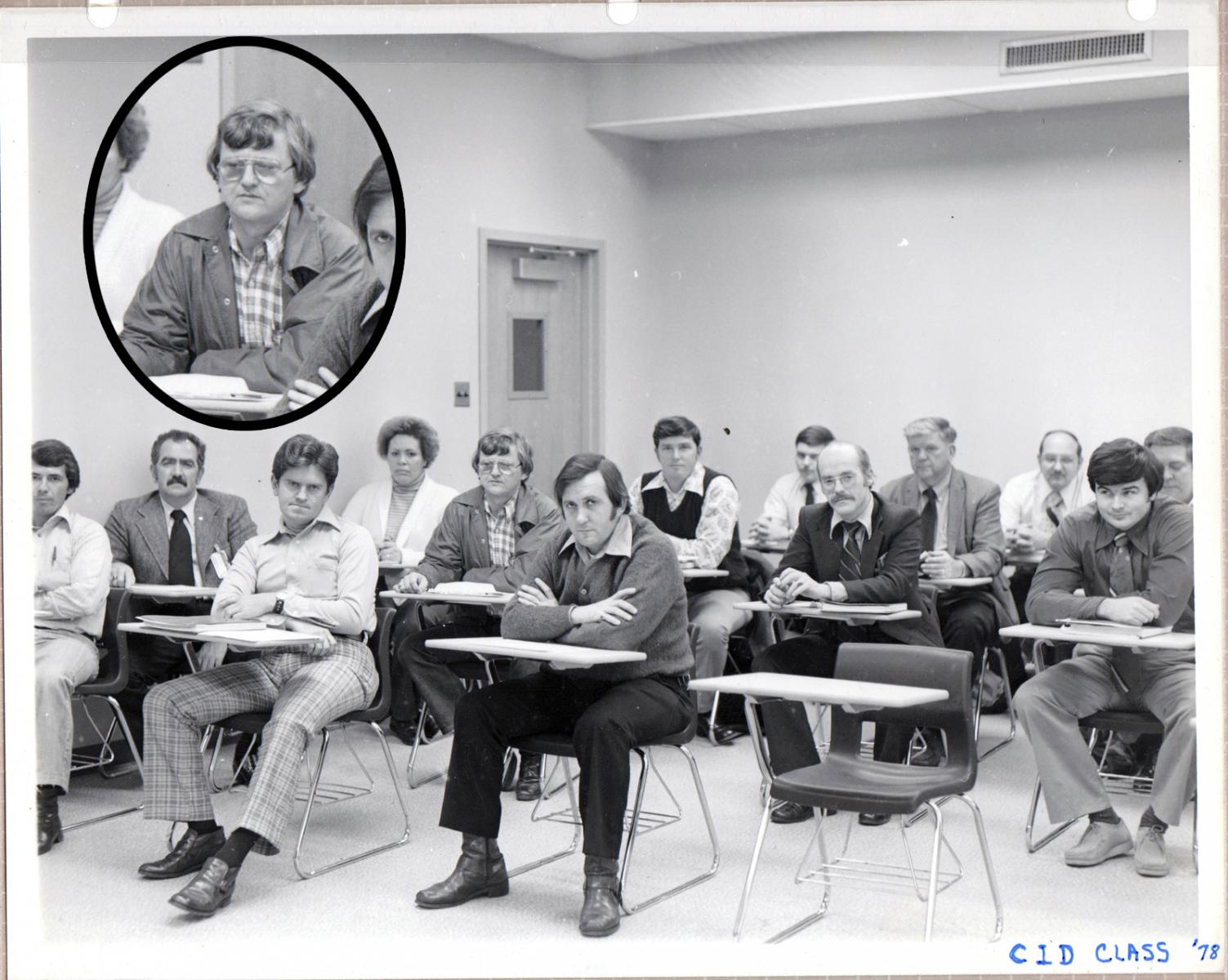 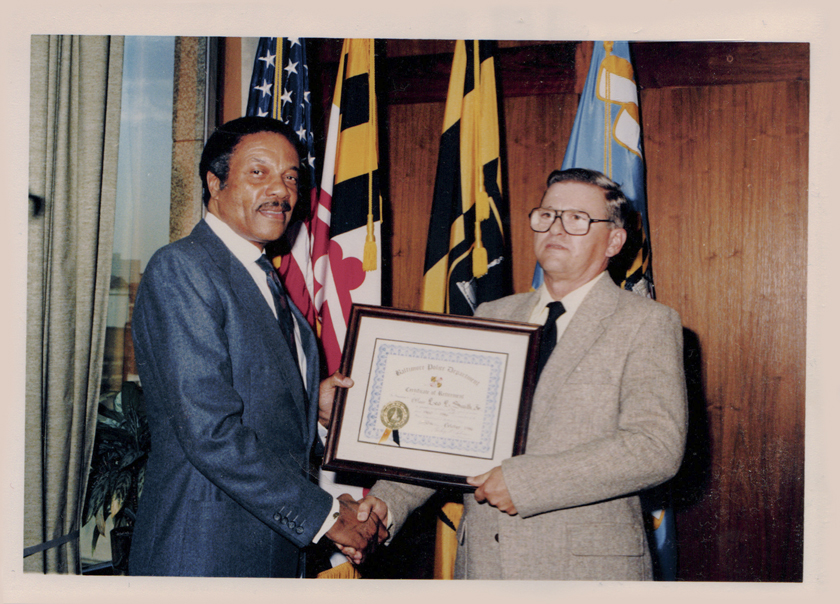 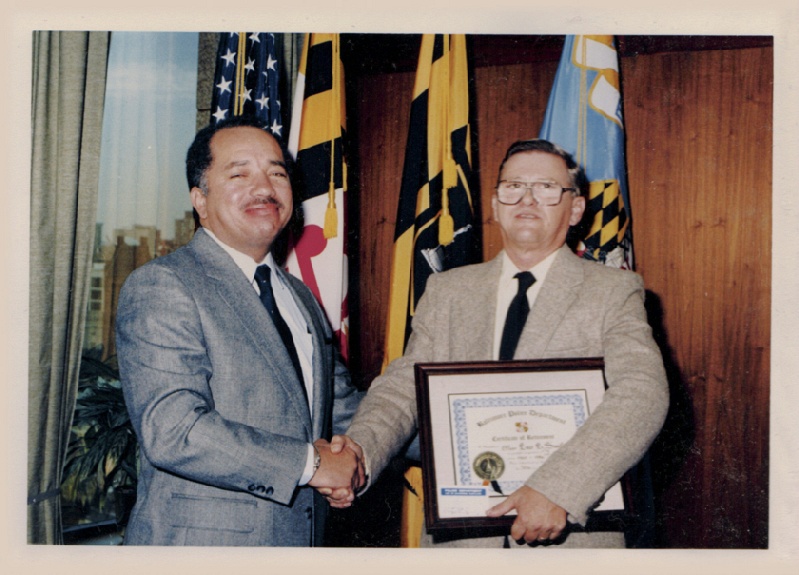 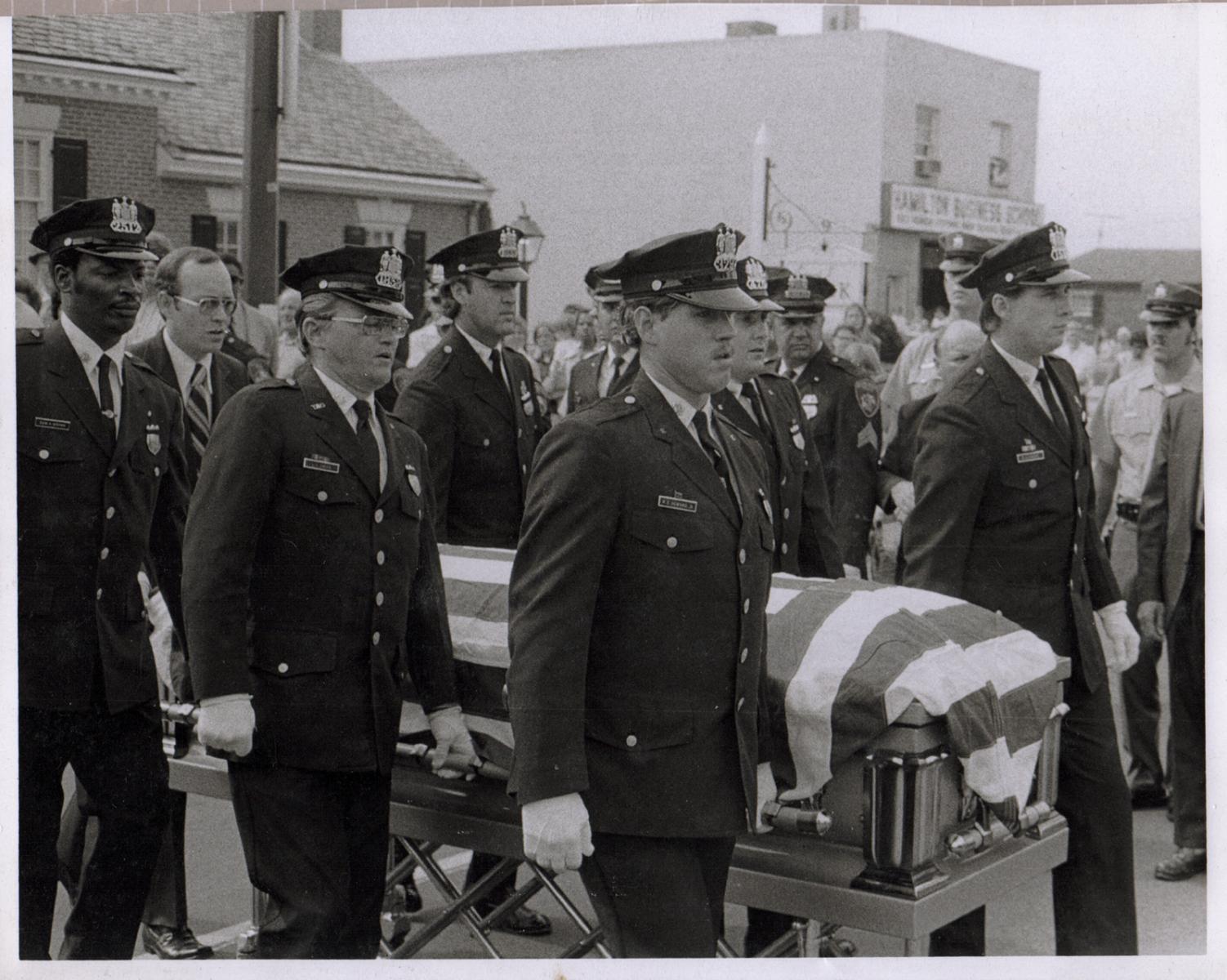 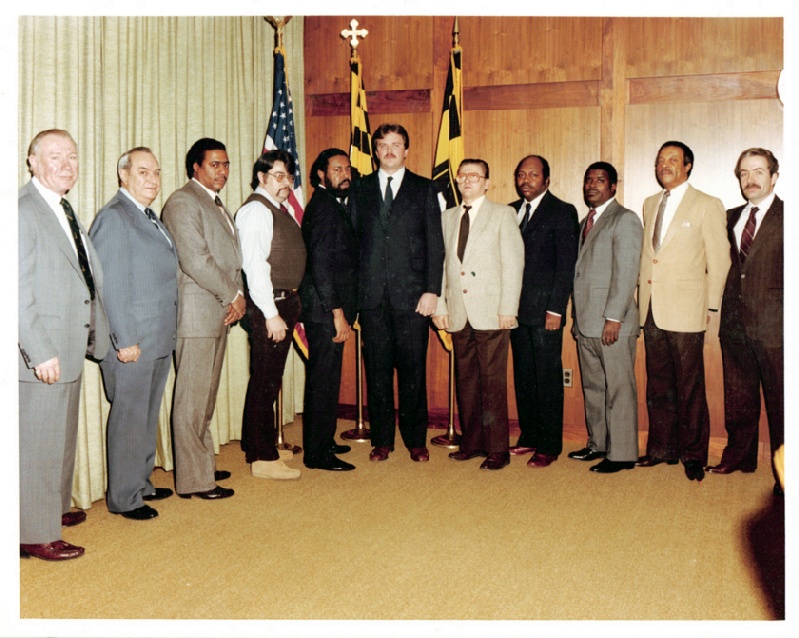 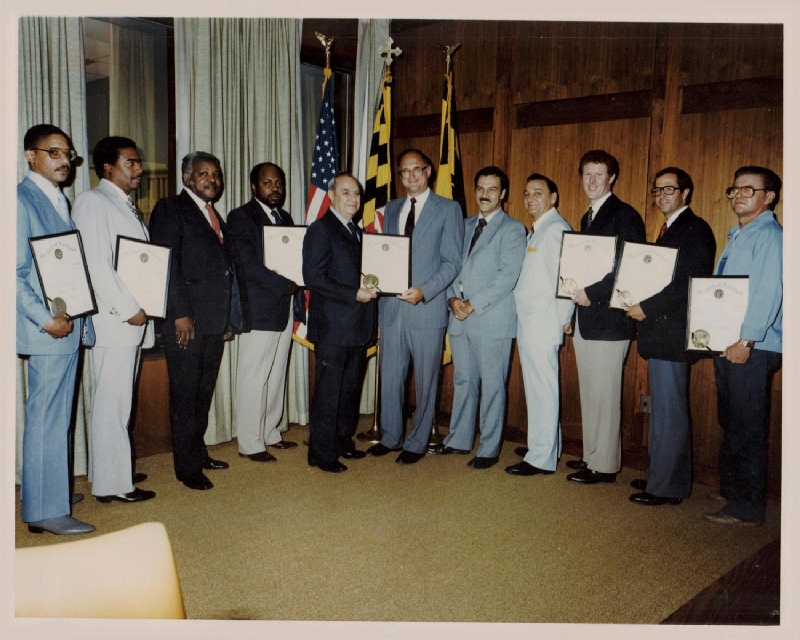