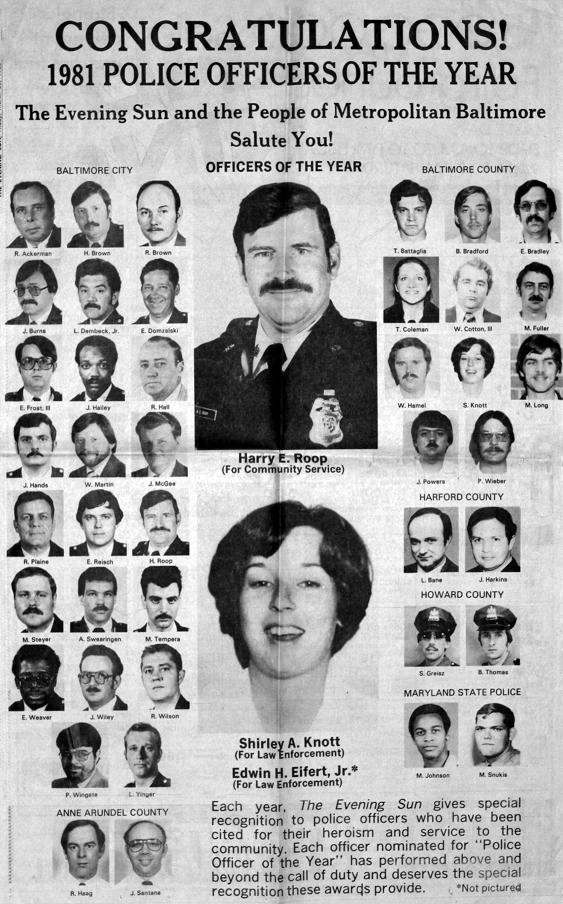 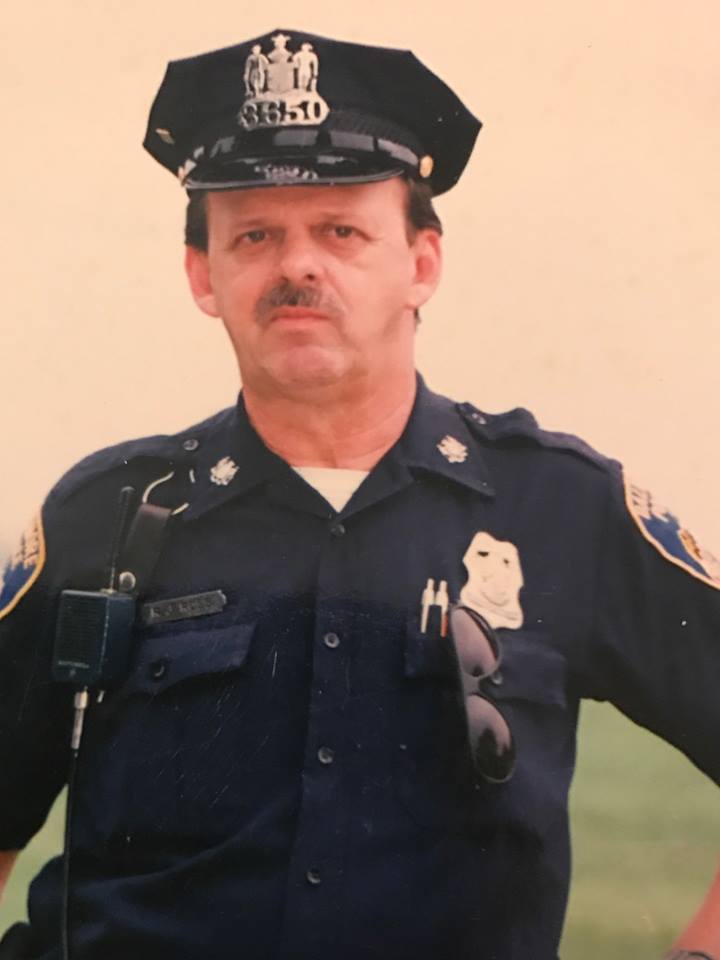 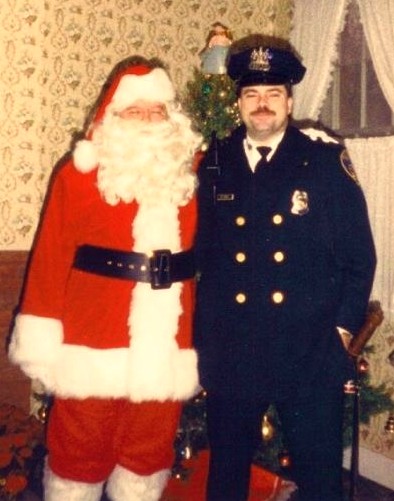 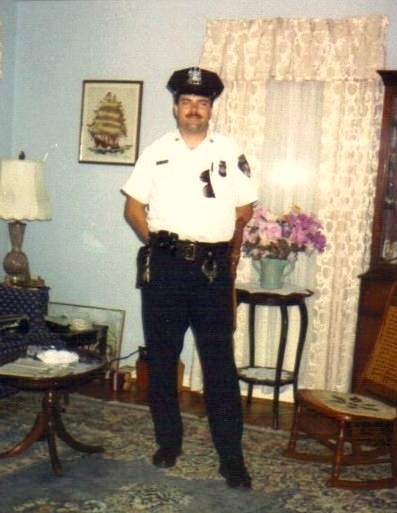 In 1982 Officer Marion Wiczulis, Traffic Enforcement, works an unmarked cruiser. The Traffic car was the only one to have white wall tires and red lights, which were approved by Colonel Dick Francis at the time.

Officer Don DeWar after graduation with his Mom & Dad

Don joined the department after 4 years in the Military but left the department after one year to continue his college education which he had begun while serving in the department and graduated with a degree in Criminal Justice. He reentered the US Army Reserve and retired after almost 37 years. He ran in 2006 for Baltimore City Council 1st District and lost by a very slim margin and hopes to run again. A real success story for one of our very own. 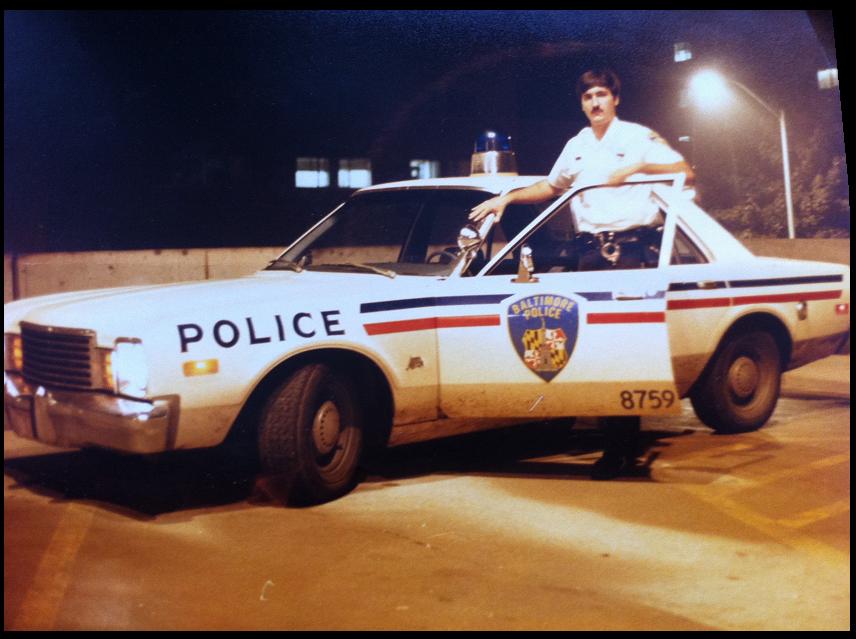 Sergeant William Gordon in the lobby museum of the Headquarters Building

Mike Zotos is pictured in the center

Retirement, along with his beautiful wife Mary,

This maybe an 1860’s wedding party but look closely at the girl in the white dress and the guy standing next to her with the white beard.. The Bride is Teddi Bittenger, supervisor of the B of I unit and the Groom is Major Robert DiStefano.

Standing, L to R: # 1 Al Woolridge, retired as a Sergeant to supervise the

Major DiStefano was married in the Old South Mountain Inn in

Boonsboro, it served as a field hospital during the battle of South Mountain, just before the Battle of Sharpsburg, or Antietam.  Major DiStefano is the gentleman with the white beard, and his best man Officer Tom Birchett is second from the left, all except the man in red are BCPD cops.  The minister is wearing the red of a Confederate Lieutenant of Artillery, he is also wearing the collar insignia of a chaplain, they served double duty in the Confederate Army.  Behind them, across the road, is the Dahlgren Chapel, Dahlgren was an admiral in the Union Navy during the Civil War, and he invented the Dahlgren Gun, and was named: "The Father of Naval Ordnance."   Major DiStefano is dressed in an authentic reproduction uniform of Confederate General James "Old Pete" Longstreet.

Lt. Stone was dressed as Matthew Brady for the occasion! 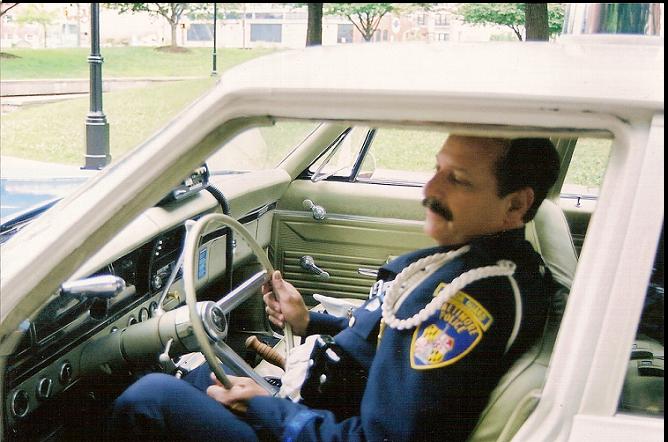 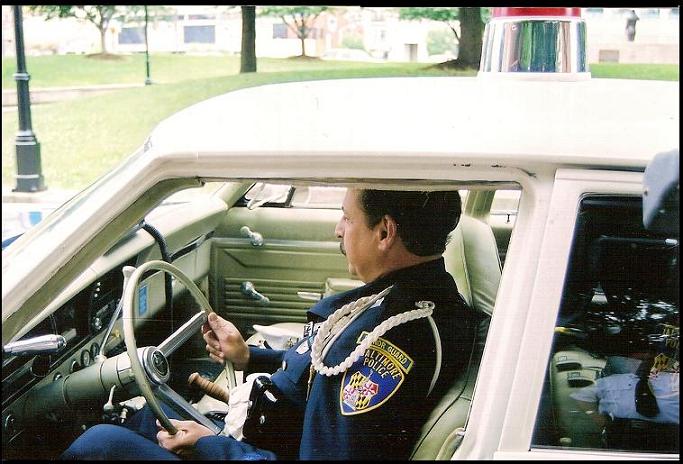 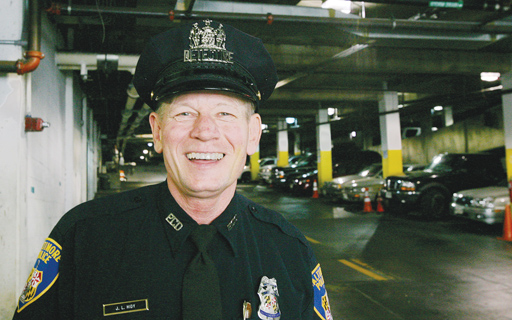 Jeff Hidy, a detective with the Baltimore City Police Department headquarters security, has battled three different cancers in the last year and a half. “I’m here because I’ve laid things in the Lord’s hands,” Hidy said .

BALTIMORE - Detective Jeff Hidy breathes deeply from the one and one-third lungs he has remaining and declares this “a blessed day.” He utters the phrase at every opportunity from a mouth that never loses its delighted grin. Blessed day, indeed. For Hidy, every day on earth feels like a bonus.

The pain in his leg that turned out, six months ago, to be bone cancer?

“I wouldn’t worry about it,” the first doctor told him.

By this time, owing to history, Hidy had learned a certain cautionary skepticism. He’d worry, all right. Two years ago, when he had a soft, annoying cough that wouldn’t go away, the doctor told him, “Jeff, I guarantee you don’t have lung cancer.”

The X-rays said the doctor was wrong.

A month later, when he was getting chemotherapy for the lung, he told a doctor, “I feel a little spacey. Something’s not right. The cancer couldn’t be in my brain, too, could it?”

They operated on Hidy’s brain the next day and removed a tumor the size of a small fist.

“See the scar?” says Hidy. He takes off his uniform cap and displays an 18-inch scar quite visible amid a recovering sprinkle of hair.

A 15-year veteran of the Baltimore City Police Department who lives with his wife, Karen, in Middle River, Hidy utters every syllable with sheer joy. He beat the lung cancer, and he beat the brain tumor, and he’ll beat the bone cancer, too, he says.

“A blessed day,” he declares again. “All credit to the Lord. He just keeps carrying me. Satan gave me the tumors, but the Lord carries me through. Plus, I give some credit to the doctors, too.”

He is an upbeat man in a profession that can play decidedly downbeat. The cops see the worst of human nature, and deal with it. Sometimes, it’s all about approach.

“I’ve always been blessed,” Hidy, 50, was saying the other day. He sat in the lobby of police headquarters, near the base of the Jones Falls Expressway, and greeted almost all police employees walking past by their first names.

“In 10 years on the street,” he said, “I never had to shoot at anyone, never had to use my nightstick, never even used Mace. My partner used to say, ‘If Jeff locks somebody up, there shouldn’t even be a trial.’ I treated people the way I’d want them to treat my mother. And I got respect 95 percent of the time.”

Then there was that other 5 percent.

“Well, one time a woman came at me with a knife,” Hidy remembers. “I was responding to a domestic call. She came down the stairs at me with a steak knife. She could have hurt me. I didn’t want to shoot her. She just needed to be calmed down, and I just talked calmly and said I’d try to help her. I was really happy that I could.

“See, every threat level’s different. Anyone’s a liar who says they’re not scared out there. But, as a police [officer], you work your way through your fears. One time this girl hit me with a flashlight. It was Christmas. She was scared, and she went right into a corner and huddled in fear.

“I told her, ‘Listen, my Christmas present to you is, I’m not going to arrest you. But I want you to go to a hospital for help.’ And we got her treatment. That was a blessed day, a very blessed day.”

The phrase tumbles out of him reflexively. He is a deeply religious man at a highly vulnerable time of his life, and this is his comfort.

“I tell people,” he says, “ ‘If the Lord could look out for a bonehead like me, imagine what he’ll do for you.’ I tell this to people all the time. Don’t be scared.”

It is a fact that not everyone who prays gets healed. Hidy’s a man of faith, but he’s not blind.

“But God’s in the miracle business,” he says.

Hidy feels he’s been the recipient of two miracles so far: in his lung and his brain. Now, on his off days from work, he’s getting chemotherapy for the bone cancer. The smile never leaves his face, nor the phrase from his lips: a blessed day, he says.

It’s a blessing just to be around such optimism, and such a man. 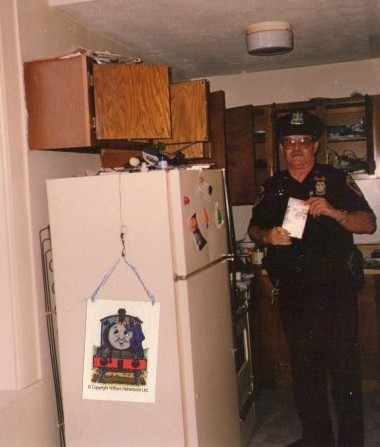 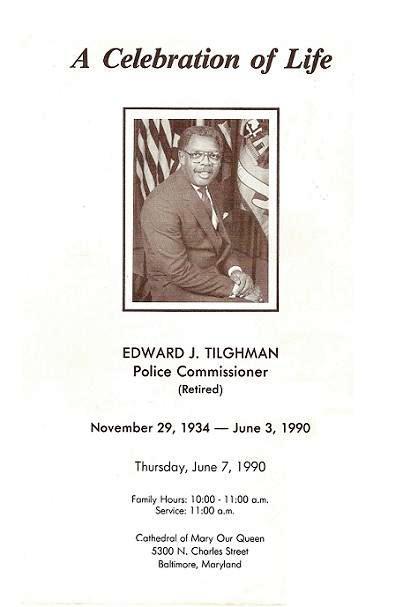 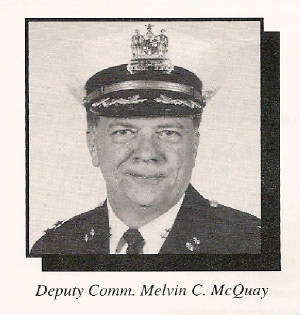 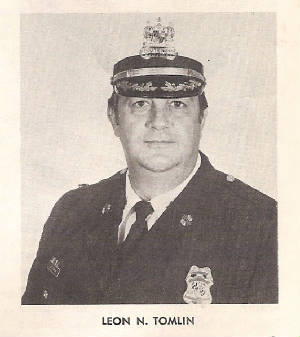 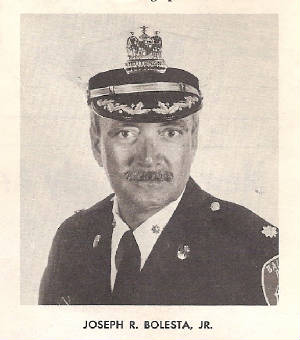 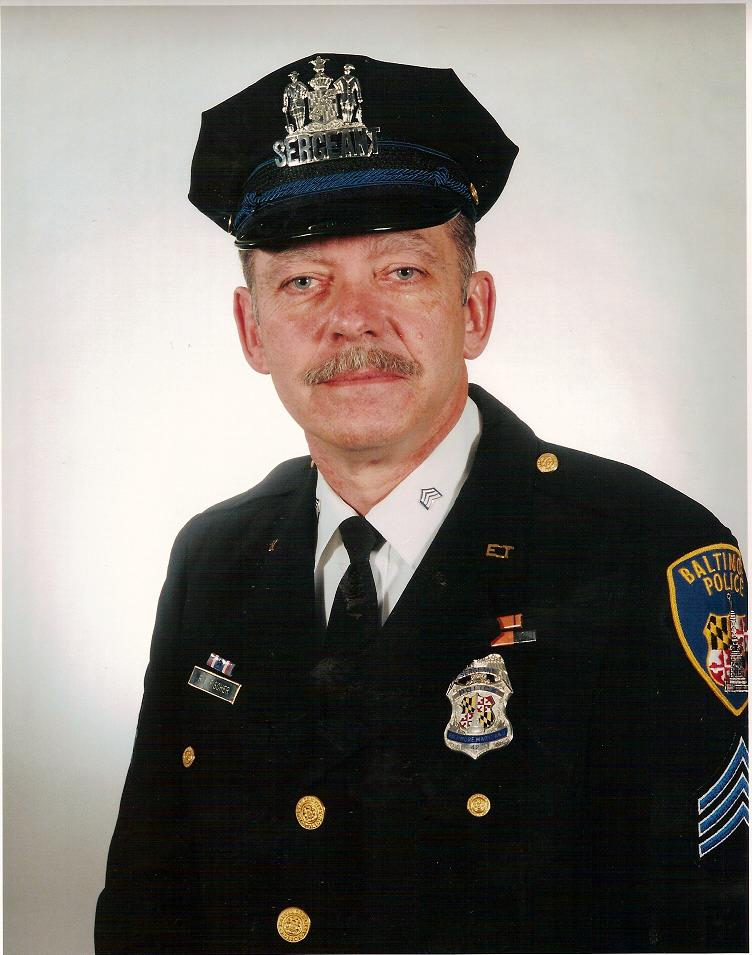 Juan Rodriguez and Linda Rodriquez
The first husband and wife promoted to the Rank of Sergeant on the same day
in the history of the Baltimore City Police Department. June 8, 1994.

(below) Their certificates of promotion to Sergeant 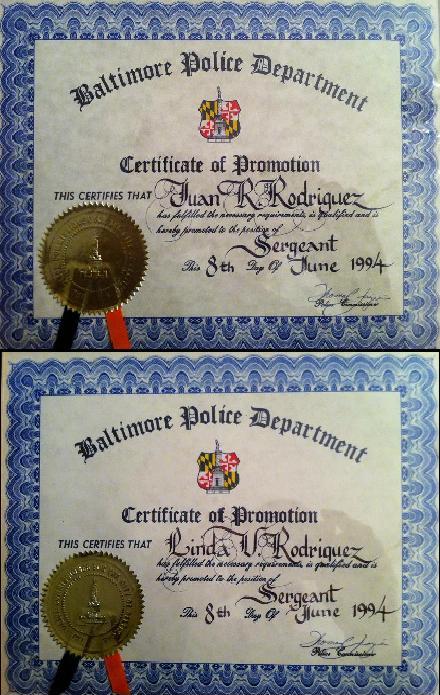 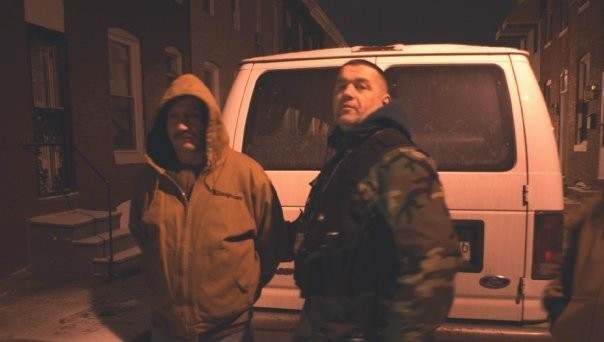 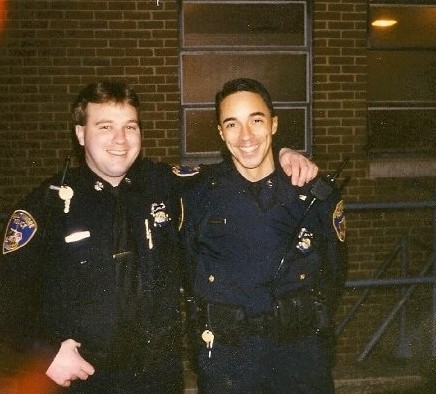 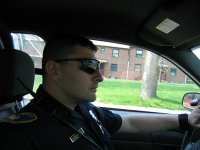 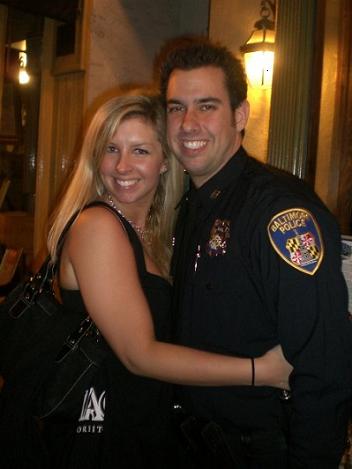 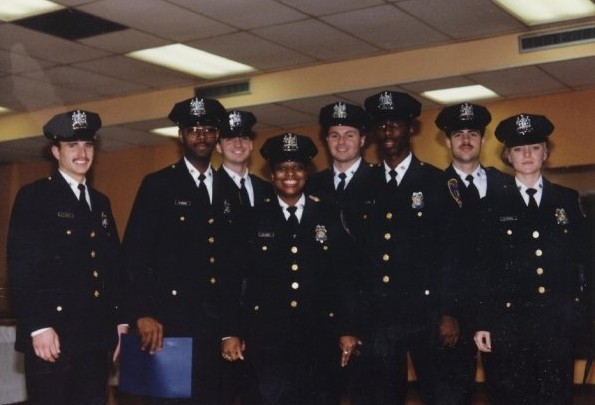 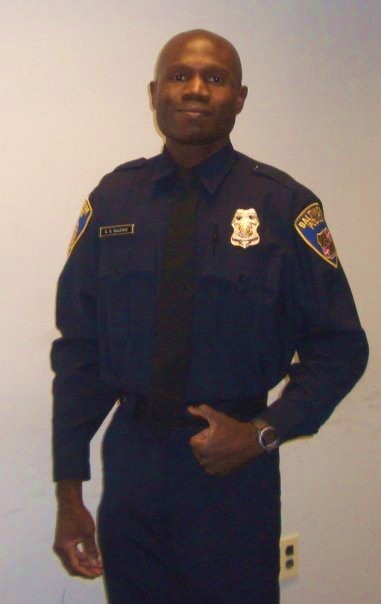 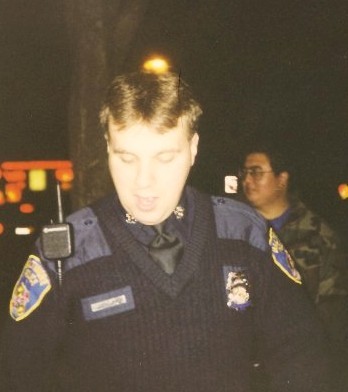 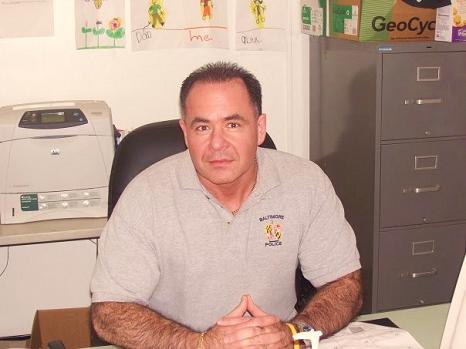 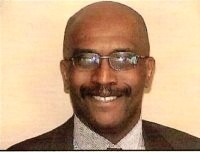 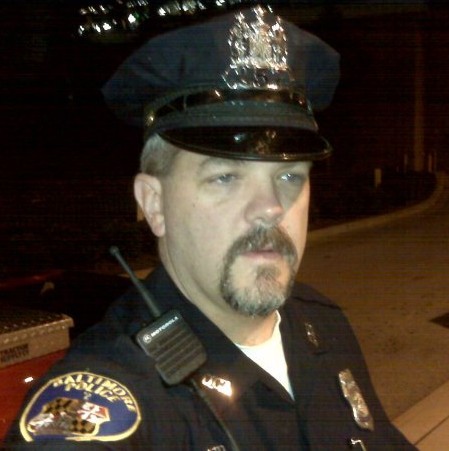