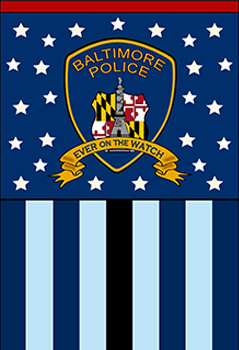 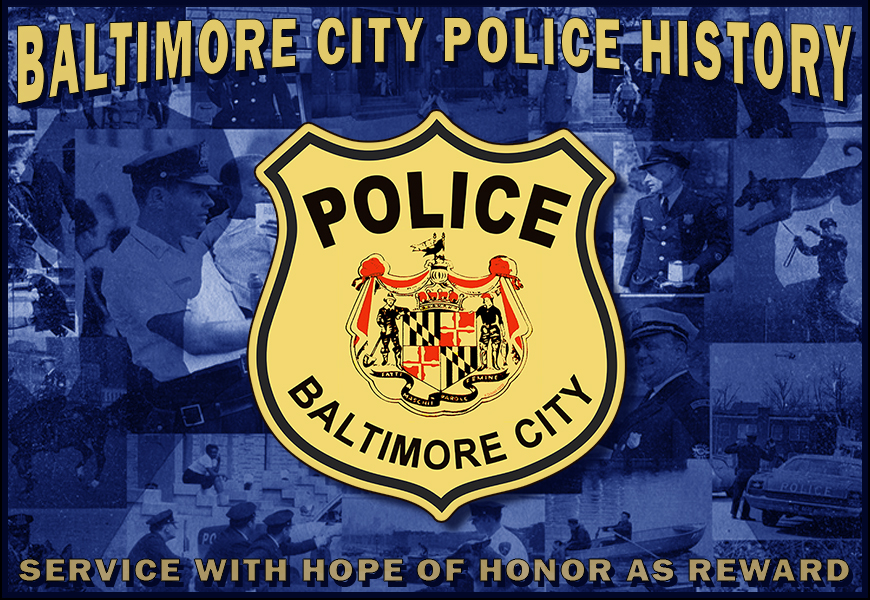 If you would like to help us maintain the site, and would like to make a monetary donation; please use the following PayPal Link, CLICK HERE  or send your donation through the mail to 8138 Dundalk Ave. Baltimore Md. 21222 Check or Money Orders can be made out to Ken or Patricia Driscoll - In the notes put Baltimore City Police Historical Society.

1729 - 8 August, 1729 - The preservation of the peace, protection of property and the arrest of offenders has been the goal of Baltimore residents since August 8, 1729, when the Legislature created Baltimore Town, 100 years before the "London Metropolitan Police Department" was founded by Sir Robert Peel (1829) Note: Sir Robert Peel "Bobby" Peel is widely believed to be where the nickname of the police helmet "Bobby Cap" came from, upon founding the London Metropolitan Police Department, officers were quickly called Bobby Cops, or Bobbies, likewise their hats, "Bobby Caps"

1775 - Would be the start of what would come to be 9 years of haphazard policing in "Baltimore Town" where mistakes were made, but those mistakes were learned from, and in 1784 "Baltimore Town", decided to form a paid "Watch", in which the Watchmen could be fired, or otherwise penalized, for neglect of duty. These first attempts to form the Nightwatch had male inhabitant capable of duty sign an agreement, in which they swore to conform to police regulations adopted by the citizens and sanctioned by the Board of Commissioners, to attend when summoned to serve as night watchmen. This committee had some of the functions of the 1888 Board of Police Commissioners. (The town was divided into Districts and in each of these was stationed a company commanded by a Captain of the Nightwatch.)
1775/76- The first Captains of the watch, or police, in Baltimore, under this primitive arrangement, were Captain James Calhoun, of the First District; Captain George Woolsey, Second District; Captain Benjamin Griffith, Third District; Captain Barnard Eichelberger, Fourth District; Captain George Lindenberger, Fifth District; and Captain William Goodwin, of the Sixth District. At Fell's Point, Captain Isaac Yanbidder, with two assistants, or Lieutenants. Each Captain had under his command a squad of sixteen men, every inhabitant being enrolled, and taking his turn. The streets were patrolled by these watchmen from 10 pm. until daybreak.
1776 -  20 December 1776 - As British troops closed in on Philadelphia at the end of 1776, the Continental Congress decided to abandon the city and flee south to the safe haven of Baltimore. Delegates convened on December 20, 1776, inside the spacious house and tavern of Henry Fite. Click HERE
1784- The First Attempt to Organize a Paid Force to Guard Baltimore occurred in 1784. Constables were appointed and given police powers to keep the peace. Baltimore's Police Department had been developing their police force since the formation of our "Night Watch" in 1784. In the beginning, they were "Necessary to prevent fires, burglaries, and other outrages and disorders." This from (Chapter 69, Acts of 1784). This was 45 years before Sir Robert Peel's London Metropolitan Police was founded in 1829.
1784- Baltimore would obtain Street Lights by order of the Police Department - These lights were oil lamps and they were lit by order of the police, they were extinguished by the police, and they were maintained by order of the police. It was not so obvious to the public as it were to the panel of commissioners, and to the council of city hall, but the lighted streets in Baltimore were a deterrent that prevented, and decreased crime, in and around "Mob Town". While at first many of the ideas, and or theories of the Panel of Commissioners, and or Our Marshals were often shot down, or put off until they either died in committee or were funded privately. Still, many of these ideas went on to become the norm in law enforcement throughout the country, and around the world.  Furthermore, these concepts would eventually be paid for, and widely approved of and authorized by state legislatures.
1787 -  May 1787 - We lost our Brother Watchman Turner
1797 - 3 April 1797 - the City Council passed the first ordinance affecting the police. It directed that three persons were to be appointed Commissioners of the watch. They could employ for one year as many Captains and watchmen as had been employed in the night watch the year past for the same remuneration. The Commissioners prescribed regulations and hours of duty for the police.
1798 - 19 March 1798 - An officer known as “The City” or “High Constable”, was created by the ordinance on March 19, 1798. His duty was "to walk through the streets, lanes, and alleys of the city daily, with mace in hand, taking such rounds, that within a reasonable time he shall visit all parts of the city, and give information to the Mayor or other Magistrate, of all nuisances within the city, and all obstructions and impediments in the streets, lanes, and alleys, and of all offenses committed against the laws and ordinances." He was also required to report the names of the offenders against any ordinance and the names of the witnesses who could sustain the prosecutions against them and regard the mayor as his chief. The yearly salary of the city constable was fixed at $350, and he was required to give a bond for the performance of his duty.
1798 - Baltimore made the first of certain steps toward creating the chief of police, or marshal as he was later called. A high constable was appointed, and it was his duty to tour the city frequently, carried a mace, the badge of authority, and to report on lawbreakers.  By the turn of the century, Baltimore had again become an unmanageable, riotous city. It was now a bustling community of 31,514 in population and one historian remarks naively, "The city was a rendezvous of a number of evil characters."
1799 - 26 February 1799 - Authorized the appointment of a city constable in each ward. This ward constable was thus a policeman, and the term of city constable was not properly his although his duties were defined by the ordinance to be the same as those of the city or high constable.

EVER READY - EVER FAITHFUL

EVER ON THE WATCH 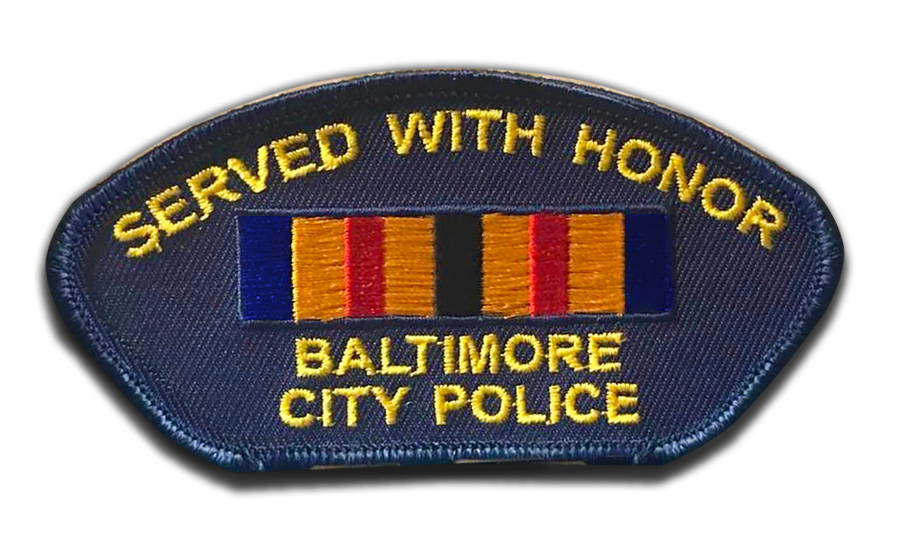 To see a copy of the Order Form click the above picture or click HERE. You can also write Skip Panowitz direct at the following email -  Autocollectibles@verizon.net  A portion of your purchase will go toward funding this site, research for the museum, and toward the preservation of Baltimore Police Department's history.  CODE 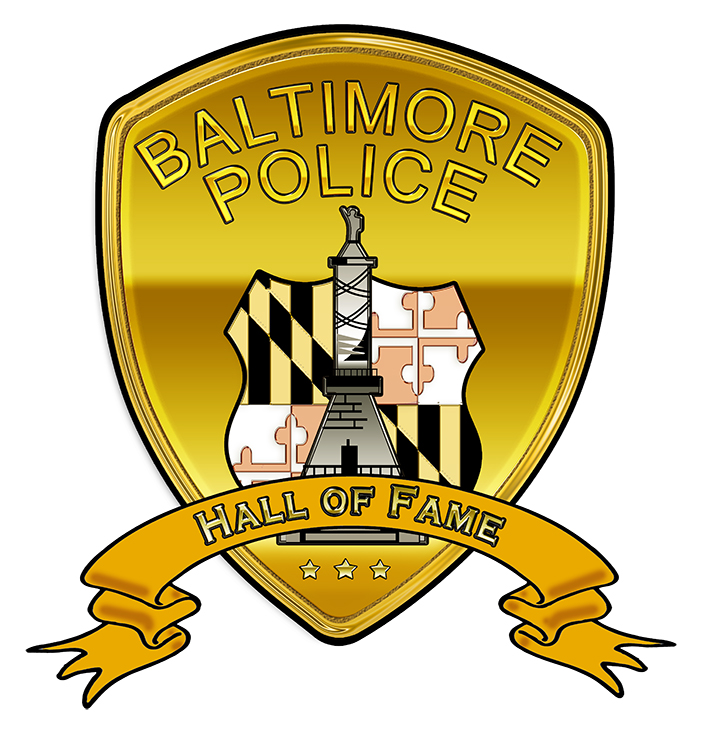